Maybe it was Devils Elbow Bridge in Waynesville, Missouri where our Trudi sat and dangled her legs during her two years in this tiny “quaint” midwestern town.  This bridge is part of the old Route 66.  She had moved to Waynesville with her family from Seoul, Korea in her junior year of high school.  Imagine how Trudi might have felt as she watched the river float beneath her and as she wondered where the water had come from and where it would go.  It wasn’t long before she followed the water and left this idyllic little town that held things that are hard for a teenager to value. 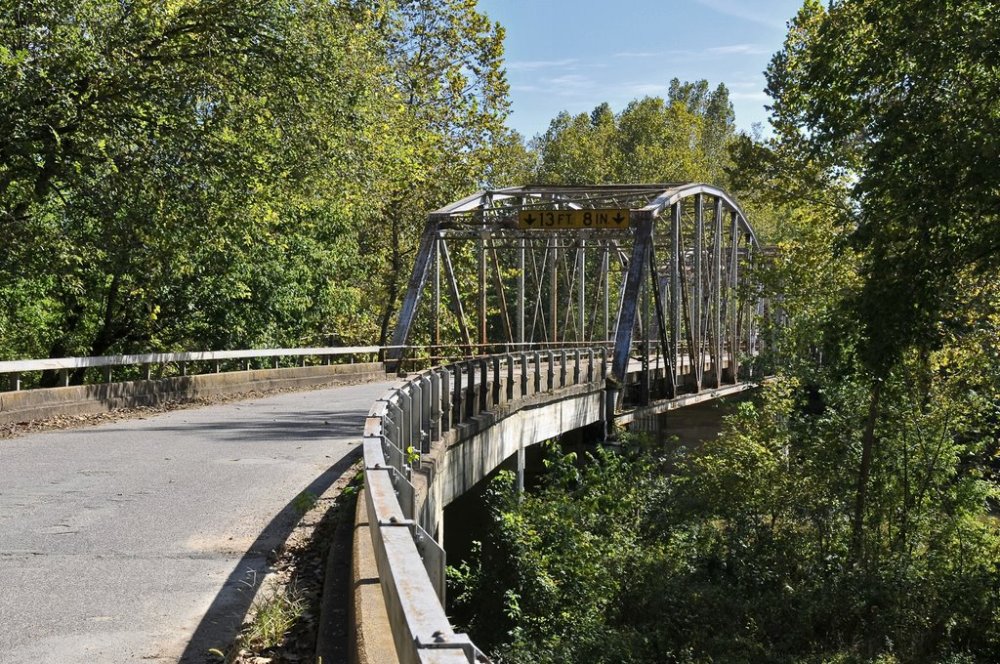 And she returned years later for a thirty-fifth high school reunion…finding charms she hadn’t seen before…not knowing she’d return again this coming summer in a Suburban with five other gals to watch the road beneath her flow past… on her way to California this time.

Trudi and I had a delightful conversation on the phone yesterday talking about her two years of life along Route 66.  We agreed that there are times in your life when you are just more open to experiences than at other times.  Times when you look at water rushing past and think of where it goes and where you wish you could go…and then times when you look and just appreciate the water.  We talked about how our travels have led us to appreciate more fully what we already have.  A good road is a luxury sometimes.

Jane tells me that living with Patty has always been like living with someone who appreciates all of it…the entire journey all the way along.  Patty had the ideas.  Patty made the connections.  Even Patty’s team of supporters…you who read this…are a collection of people from all times in her life.  High School friends.  Nurses from Moffitt.  Parents of her children’s friends.  Neighbors.  Co-workers.  Family.  Her feet have dangled over the edge of the bridge as you have passed by beneath her, but she has kept you.