These trips always start the same way…we  head to the airport together…but just before this we meet at our final stop, Trudi’s house,  where we stand around and watch Jean figure out how to get all the stuff into the car. 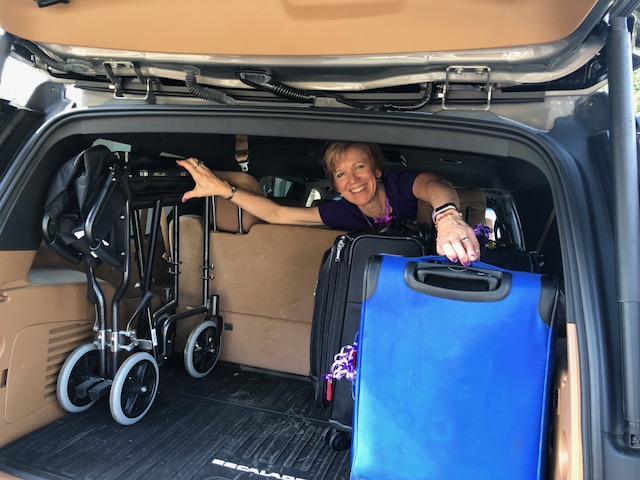 Some of us try to look busy while she arranges and rearranges everything, but the rest of us just show support by suggesting different arrangements of the suitcases which are never as good as what she comes up with.   Jean adds value to the team.

Before long we were at the airport gearing up for our Southwest flight.  As usual Southwest did not disappoint.

Tim became our personal concierge for FUN showing us videos on his phone of his recent West Coast Swing Dance Recital.  And we entertained ourselves, as usual, by eagerly anticipating the moment when Patty would fall asleep, and we could begin gently placing wrappers on to her sleeping body. “Think of the snacks we get later!”  mused Jane before her sister fell asleep….

and sleep she did…

Some wrappers ended upon Jean’s head too…and I got extra points for that because Jean was actually awake when those were placed!

Tim and those amazing Southwest Airlines folks followed through and decided to notify all the passengers about our Miracle Patty in their midst…here is the presentation he made of a special crown made from peanut packs and drink swizzle sticks.  You can’t top the kindness on Southwest.

We arrived in Washington and forced Patty to ride in the wheelchair we’d brought along.  She’s not a fan, but we like conserving her energy…and we really like spinning her around aimlessly in airports or wheeling her to strange locales…and then abandoning her… 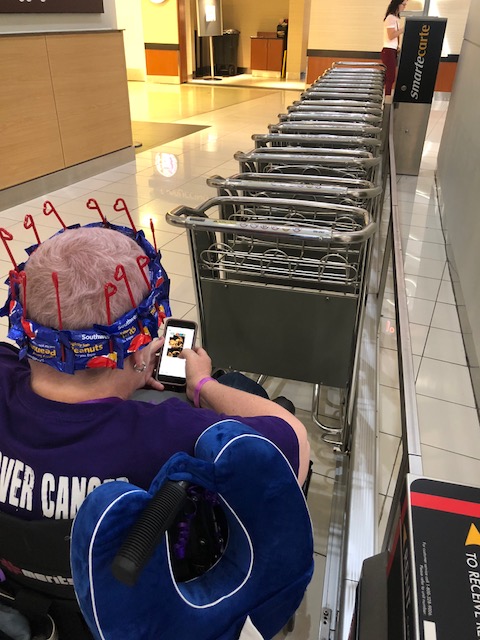 she probably likes it too.

Later at the hotel we were joined by Patti T’s sister, Kelli, and by Patty V’s daughter, Julia and Julia’s dear friend, Anna Maria, who is Trudi’s daughter… 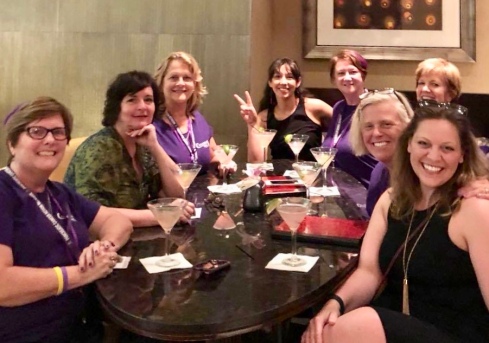 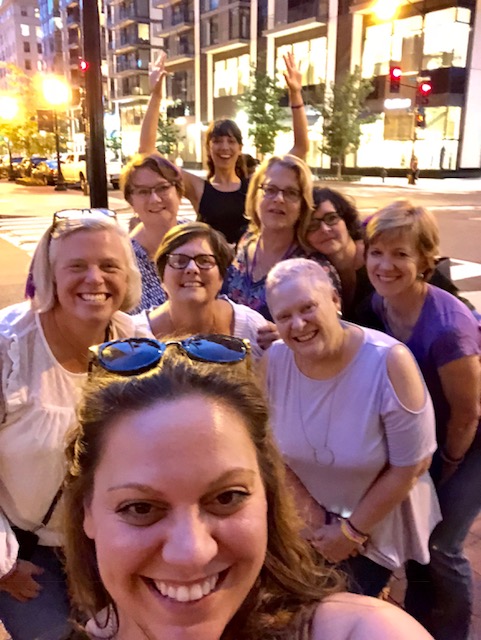 Anna Maria is a dance choreographer professionally in New York.  It seemed like the right time to ask her to choreograph a dance number for us…and though Jean and Patti were not a part of the performance, we feel it really captured out talents and enthusiasm in a special way, I hope you will agree.

Anna Maria would be quick to add that we used OUR ideas and dance moves to create the dance, but I think she’s just afraid she’ll never get another paying choreography gig once this video gets out…

On the way back to our rooms Patty pulled out her “fart app” on her phone and made the ride up the elevator with other hotel guests INTERESTING.

We wrapped up the night playing Geography Trivia in Patti and Jean’s room, and it turns out none of us knows where the Bay of Bengal really is or what the capital of Bahrain is.  Hopefully that won’t come up when we speak to the legislators on Tuesday.

Patty pulled out her “fart app” on her phone and made the ride up the elevator with other hotel guests INTERESTING.